A Brief History of Tourism and Thomas Cook 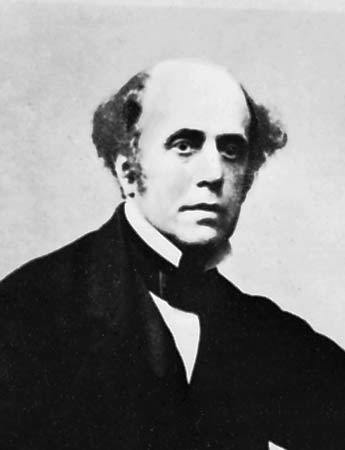 Thomas Cook (1808-92), a book salesman, Baptist preacher and tract distributor of Derbyshire, was a pioneer in the tourist industry. The map discussed in this exhibit was created by his company "Thomas Cook & Son," which is in its 175th year of business today. 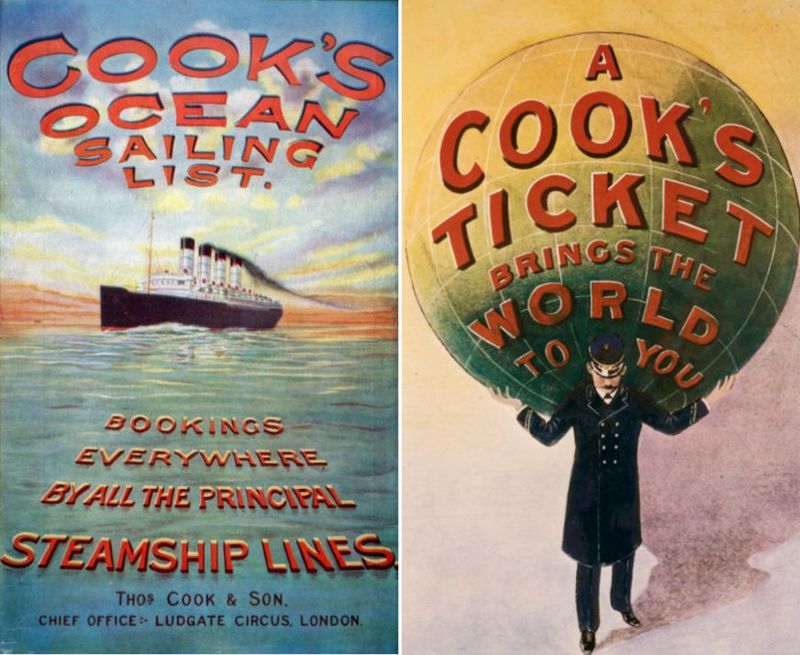 According to Paul Smith, the company's archivist, Thomas Cook's son John was the one that was more "commercially minded" and consequently "internationalised" the company with offices in the US, Egypt and India. These are two of the over 10,000 brochures currently in the firm's archive.

Before delving into a deeper analysis of the map, it is necessary to discuss the historical context of Thomas Cook, the map’s creator, and the industry of tourism. This historical overview will provide us with a greater understanding of the map’s larger context, purpose and physical details that make it unique as a form of rhetoric and identify why it may be a “selective view of reality[1]” under the direction of its subjective creator.

The beginning of modern tourism is often traced back to the Grand Tour, a trip around the European continent, which was directed primarily at the wealthy classes. The Grand Tour flourished mainly from the late 16th century until the advent of large-scale rail transit in the 1840’s. The Tour and other trips of similar kind were mainly associated with the nobility, wealthy gentry and wealthy youth of Western and Northern European nations[2], until around the mid-19th century during which the availability of rail and steamship travel extended the practice to more of the middle class[3].

In 1841, Thomas Cook, a book salesman, Baptist preacher and tract distributor of Derbyshire, was inspired to take a group of over 500 temperance campaigners from Leicester to Loughborough and back for a delegate meeting on the Midland Counties Railway[4]. This soon became the first privately chartered excursion train to be public advertised, and the first of many more organized mass excursions to follow. Utilizing his initiative and organizing skills, Cook planned more and more trips that grew in demand, much of which was enabled via the revolution in transport technology. Eventually Cook established the Thomas Cook & Son Company with his son John Mason Cook, and grew tremendously in power and influence that nearly came to match that of the government. Eventually Cook began to expand his business beyond the European continent and extended his reach to America, Egypt, and India[5]. The nature of his tours also experienced a great shift as he moved beyond Europe into the less industrialized nations, in large part under his more “commercially minded” son[6] – his enterprise in Egypt, for example, was more commercialized, luxurious and ultimately imperial. While Thomas Cook’s early European tours of the 50’s and 60’s were aimed to be democratic and philanthropic missions, motivated by an idea of moral and social improvement and extending “the privilege of upper classes to the bourgeois and petit bourgeois of the industrialised nations[7]” so that the tours can be ‘an agent of ‘Human Progress’, the tours of the 1880’s in the dependencies and colonies of the British Empire reverted to a rich man’s business, a tourism for aristocrats and colonials through “palatial hotels and houseboats[8].” This latter form reinforced “rigidly hierarchic distinctions between white ruling classes and coloured subject peoples; it [was] entirely dedicated to the convenience and amusement of aristocrats and colonials[9].” By this point Thomas Cook & Son became an institution of the British Empire – both representative of and essential to the empire’s operation, and deviating largely from the moral and social principles upon which the tours were originally founded[10].

[1] Mark S. Monmonier, Mapping It Out: Expository Cartography for the Humanities and Social Sciences (Chicago: University of Chicago Press, 1993), 21.