Military Significance of the Heights 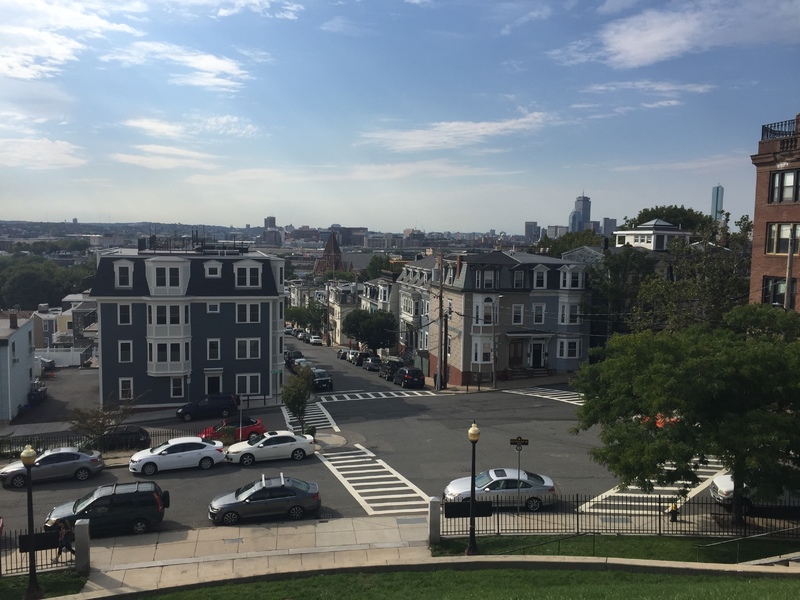 Telegraph Hill is one of the tallest points in Boston (after Bellevue Hill in West Roxbury) and commands a sweeping view of the city and harbor. Today you can see Boston's two most recognizable buildings, the Hancock and Prudential Towers, in the distance. 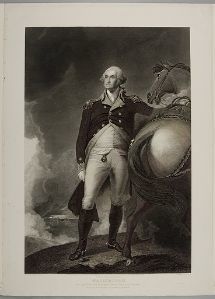 General George Washington at Dorchester Heights in March of 1776.

Under the cover of darkness and using straw to deaden the sound of the wagon wheels, Washington and Brigadier General John Thomas moved 2,000 troops to Dorchester Heights to build defense fortifications. Assisted by artillery transported hundred of miles through the winter from Fort Ticonderoga by Colonel Henry Knox, the Continental Army held a commanding view of the city that made Boston essentially indefensible. Outflanked, on March 17th, Howe and the Royal Army evacuated Boston and sailed for Nova Scotia, ending the Siege of Boston and handing Washington his first major victory in the Revolutionary War (1).

After the occupation of Dorchester Heights by the Continental Army and the evacuation of Boston by the British, Washington sent in a letter to his brother:

"[We] at last have beat [the British], in a shameful and precipitate manner, out of a place [Boston] the strongest by nature on this Continent — strengthened and fortified in the best manner, and at an enormous expense." (2)

Boston was considered by Washington to be the most easily defended city in the nation because of its peninsular status in the eighteenth century. The absolute key importance of the occupation of Dorchester Heights is clear here, as it was the only military action which forced the British to end months of siege in a key military stronghold. Dorchester Heights importance and integration into the city of Boston is seen early here; the hilly area in South Boston is detached from the rest of the city and yet is absolutely essential in a full understanding of Boston's history. 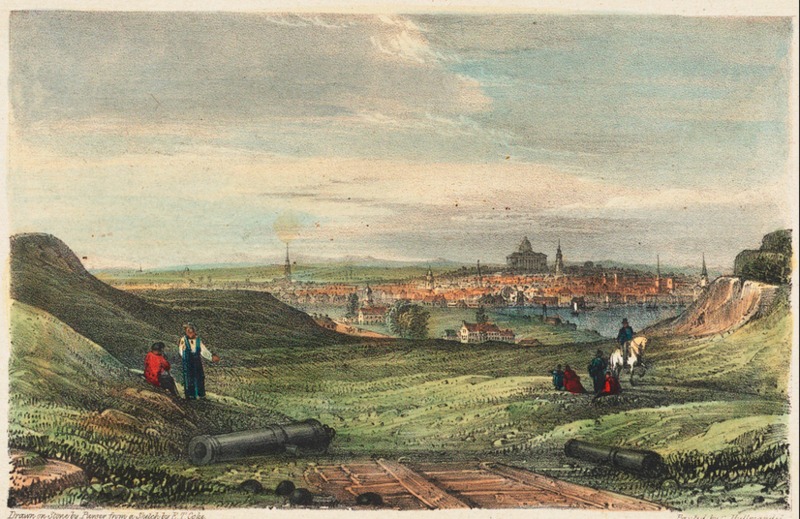 Artist depiction of Dorchester Heights' view of Boston in 1776.

The artist depiction of how Boston looked from Dorchester Heights shows a very different Boston than the Boston we know today. Gone are the fields and forests of South Boston and Dorchester, replaced instead by an urban sprawl moving inward toward downtown. However, the Heights' view and command of Boston remains relatively the same, boasting a vantage point that gives a nearly full view of the city.

The Heights were fortified to defend Boston from the British once again during the War of 1812, but after this conflict Dorchester Heights lost its military focus. The site became the focus of excavation in the 19th century, demoilishing two of the three hills for raw materials and landfill (3). The only remaining hill is Telegraph Hill.

"We shall take a post on Dorchester to try if the enemy will be so kind as to come get us."