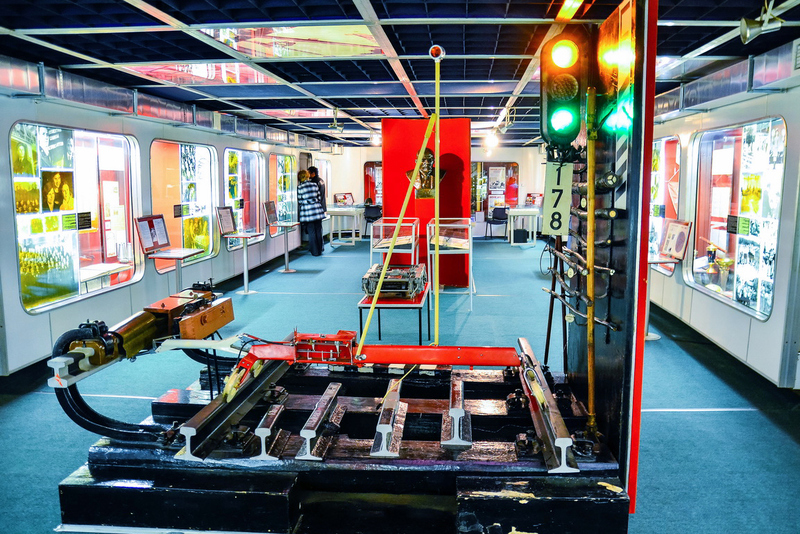 This is a picture of a section of the National Museum of Moscow Metro. 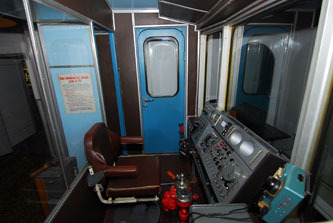 This is a picture of the inside of a real Metro car's driver's cabin, on display and open to interact with at the museum. Visitors can push the buttons and switch the levers on the panel. The design of the cabin and panel is relatively simple and crude. 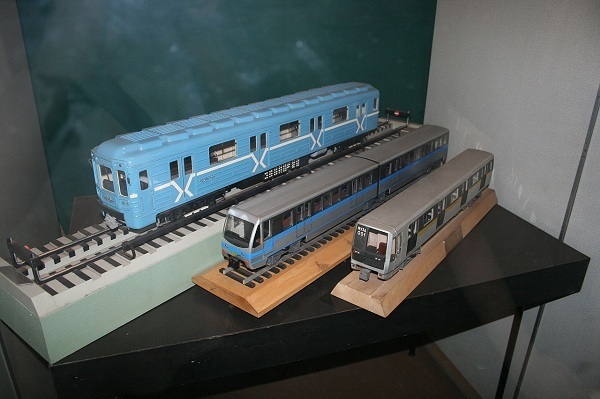 This is a display from the Public Museum of the Moscow Metro. It shows miniatures of three different kinds of train cars from the Metro system.

Moscow Metro, one of the world’s largest urban transit systems, opened its first line in 1935 under Joseph Stalin’s command[1]. As many of the other ambitious construction projects undertaken by the USSR, it was not only designed to represent a great feat of engineering and architectural skill, but also champion communism and the Mother nation in the aftermath of the Great Depression[2]. Many of Moscow’s metro stations are still known today for its exquisite beauty, often designed with marble columns, beautifully painted rotundas, public works of art and extravagant light fixtures. The Moscow Metro is today the fifth-longest metro system and third busiest transit system in the world[3]. It includes even more ornate designs and decorations that have been added over the years, making it just as much a treasured cultural relic as much as it is a means of transportation. Just by walking through these stations, visitors can experience parts of Soviet history via its ambience, mosaics of scenes of Russian life and key historical figures, tributes to figures such as Dostoevsky, sculptures of the Russian mass, marble reliefs retelling stages in Russian history and unique art styles.

The National Museum of Moscow Metro located at the Sportivnaya Metro station is dedicated to this very history of the Moscow Metro, and further tells the story behind this critical space and relic via photographs of and actual equipment from the Metro system throughout the history of the city. The photographs reveal the Metro at various historic moments including the construction process of the stations and railways, celebrations from the Metro’s opening, and uses of the stations during wartime for sleeping, meeting and taking shelter[4]. Moscow’s Metro as well as this museum is a place in which history, culture, and everyday life collide, presenting the modern-day visitor with a look into the unique role that a universal concept – the transit system – has played in the city of Moscow. By examining one of the most 'invisible' yet frequented, ordinary yet historically rich sites within Moscow, the museum provides a look into Moscow's physical and historical development through an unexpectedly familiar lens.

This is a panoramic shot of the Komsomolskaya Station, the most popular station in Moscow. Designed in the 50's, it is a Baroque styled palace with arched yellow ceilings, giant chandeliers and large mosaics.

A picture of the Kievskaya-Koltsevaya Moscow Metro station. This station opened in 1954 as a part of the fourth stage of the construction of the Metro, which began after WWII in 1945.