1806: The Revolt of the Janissaries 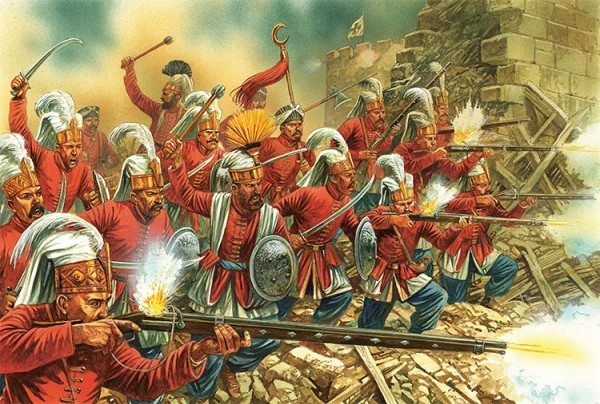 This is an illustration of the Janissaries in combat. 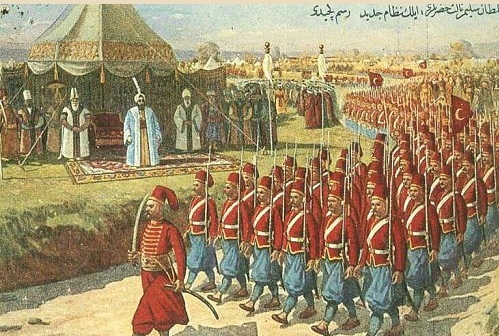 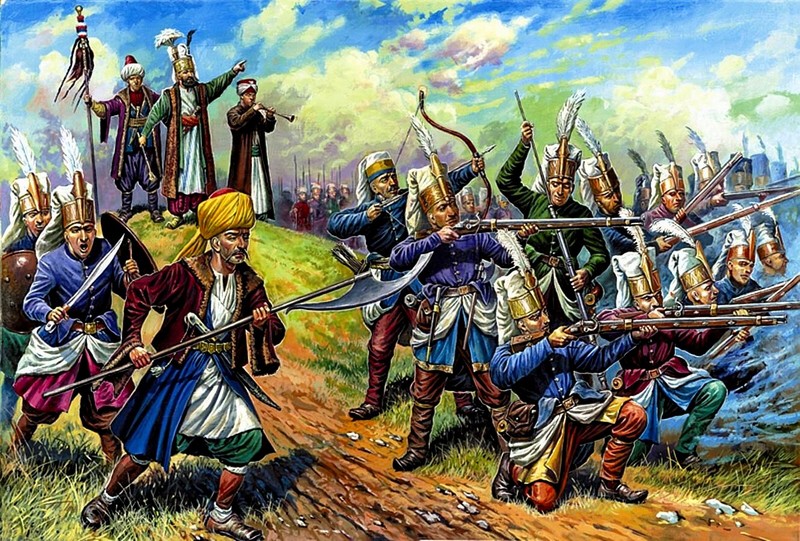 The Janissaries were an institution in Ottoman Turkey of fighting men who were originally comprised of children taken form Christian slaves. These children were torn from their families for their potential as warriors and were then brought up by Muslims through military training. Towards the end of the 18th century the current ruler of the Ottoman Empire, Selim III (ruled 1789-1807), modern reform was reaching its culmination. Selim devised plans with the purpose of modernizing the Ottoman army. Unfortunately, his reform efforts weren’t always looked well upon.

“His efforts to modernize the Janissary corps created such opposition that thereafter he concentrated on creating a new European-style army called the nizam-I cedid (‘new order’), using modern weapons and tactics developed in Europe.”

Not only were the Janissaries incredibly against these refrorms, they were infuriated by them. So much so that in 1806, the Janissaries led a military revolt and burned down Kirkor Balyan’s wooden fortress, the Scutari barracks. In this way, the Janissaries wrote their names defiantly, but undeniably into the stone of the reconstructed barracks that followed their expression of revolt.