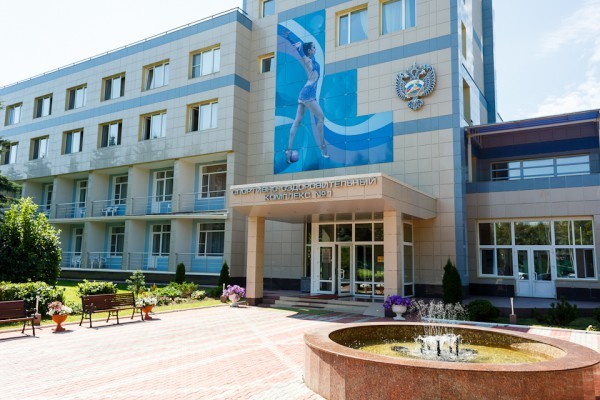 On the outskirts of the city of Moscow lies the Novogorsk Training Center for athletes who compete internationally. Constructed in the later years of the twentieth century for Soviet Olympic trainees, the center has been revamped with more attractive consumer features and continues to operate as a premier location in Russia for stellar athletes of all varieties. Novogorsk is particularly well-known as the base for the Soviet Union’s, and now Russia’s, national gymnastics team[1]. 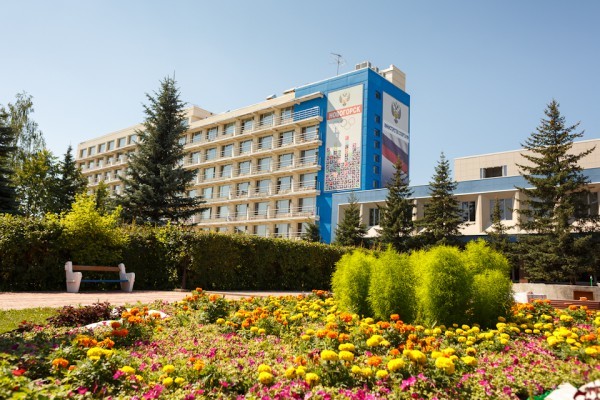 The gardens behind the Novogorsk Training Center for attending athletes.

The original training center was financed by the state (as most Soviet institutions were) and is representative of the government’s commitment to manufacturing exceptional participants in competitions abroad. For instance, in nearly all of the Olympic Games that occurred while it stood, the Soviet Union dominated across the spectrum of events. For a nation whose ethical basis despised competition, such a feat seems, at first, misplaced, but because Olympic athletes represented all of the Soviet Union, this variety of competition was endorsed[2]. Novogorsk was so significant to the country because it housed gymnastics, which Soviets excelled at. As Elizabeth Booth, a former Olympic expert on gymnastics for the Guardian, eloquently put it on her blog: “gymnastics was tailor made for the Soviet Union, whose concept of physical culture at one time provided an ethical and aesthetic framework within which sport sat… Physical culture and sport thus became a cipher for the Soviet work ethic, a symbol of their moral invincibility in the wider world and a role model for ordinary Soviet citizens labouring in their workplace.  Gymnastics directly fit the paradigm of physical culture because of its scope for mass participation as well as its capacity to demonstrate the aesthetic, spiritual and physical superiority of its athletes”[3]. 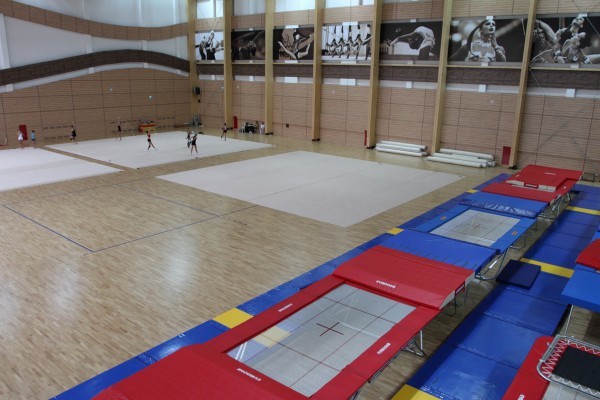 One of the sport halls in the Novogorsk Training Center devoted to training Russian rhythmic gymnasts.

In the Olympics, and in all international tournaments and sports, the Soviet Union strived to endorse its communist mentality just as it had implemented it into its own society: coupled with physical perfection and glory. To emphasize the latter point, the Soviet nurturing of citizens’ athletic capabilities was particularly conducive to the production of superb competitors; forged with an incredible amount of self-discipline and with the weight of their collective compatriots on their shoulders, Soviet Olympians were mechanical and programmed for victory – industrial products like no other[2]. Because of how the Soviets presented themselves on the world stage, outsiders saw Soviet sports culture to be as rigid and joyless as the rest of the country, but domestic sports were much more invigorating and accessible. In fact, they may have been among the only outlets for personal contentment that Soviet citizens had. 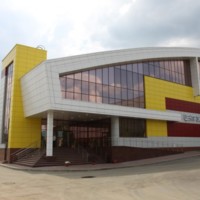 The winter sports center, as part of the Novogorsk Training Center in Moscow. 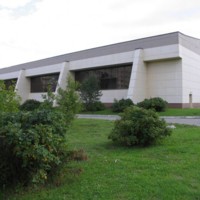 The ice arena associated with the Novogorsk Training Center in Moscow (exterior). 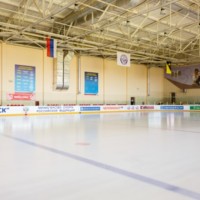 The ice arena associated with the Novogorsk Training Center in Moscow (interior). 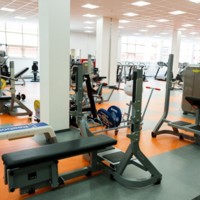 The weight room/gym of the Novogorsk Training Center in Moscow.