With the start of the Ottoman Empire in 1453 came the complete abandonment, demolition, and demise of the Great Palace, contributing heavily now to the “absence” emphasis in the contemporary lieux de mémoire. Based on the conditions of the Great Palace when the Ottoman Empire began, it is actually unsurprising that the structure was eventually abandoned. Westbrook writes in his article in the Encyclopedia of the Hellenic World that in 1453, “all but a few structures of the Great Palace had become uninhabited ruins.” (1) In the next centuries, the site was appropriated for the construction of Ottoman mansions, but periodic fires were common in this region and often destroyed many of these buildings (1). 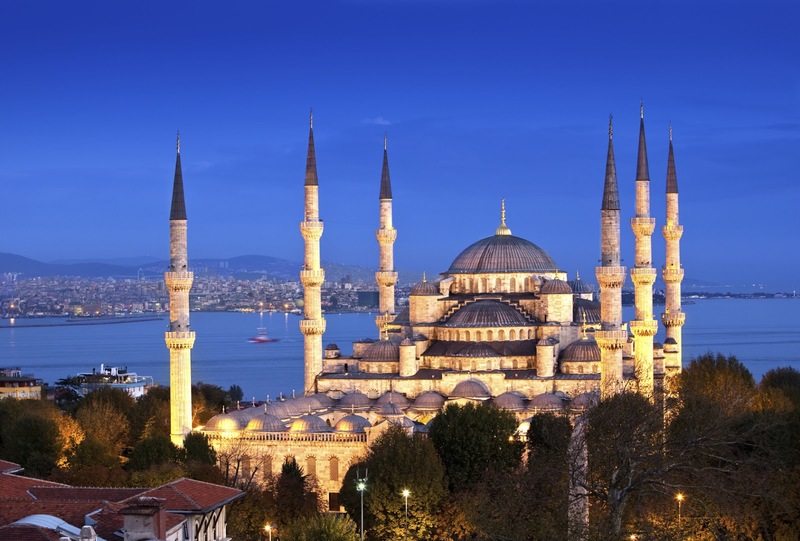 Shot of the contemporary Sultanahmed Mosque, which sits above the ruins of the Great Palace

The ultimate demise and abandonment of the Great Palace came in 1609 with the construction of the Sultanahmed Mosque under the Ottoman rule of Sultan Ahmed I (1). The extravagant and lavish mosque, as seen in the figure to the left, was built upon the ruins of the Great Palace, which has made recent excavation attempts extremely challenging. Furthermore, it has been speculated that portions of the ruins of the Great Palace were used for the construction of the mosque (1), perpetuating the idea of complete abandonment and disregard for the once-essential and lavish palace of the Byzantine Empire. 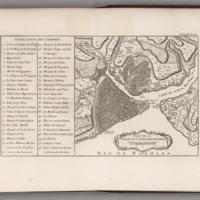 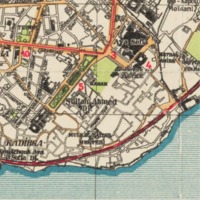 1922 zoomed-in view of map of Constantinople

The two maps to the right represent a 1703 depiction and a 1922 portion of the city, in which it can be seen that the Sultanahmed Mosque built in the 17th century has survived over four centuries centuries in time and actually still stands and exists today over the ruins of the Great Palace. In the 1703 map, #3 on the legend indicates the mosque, while in the 1922 map, the image is zoomed in to focus on the location of the mosque. Overall, this final demise of the Great Palace following centuries of cycles of prominence, destruction, and reconstruction, signifies the end of the palace’s reign in the city. Today, the absence of the palace at its site serves as a lieux de mémoire that memorializes this transition through history, especially this final demise and replacement with the contemporary mosque structure.