An Emblem of the Empire, Facade of the Colony 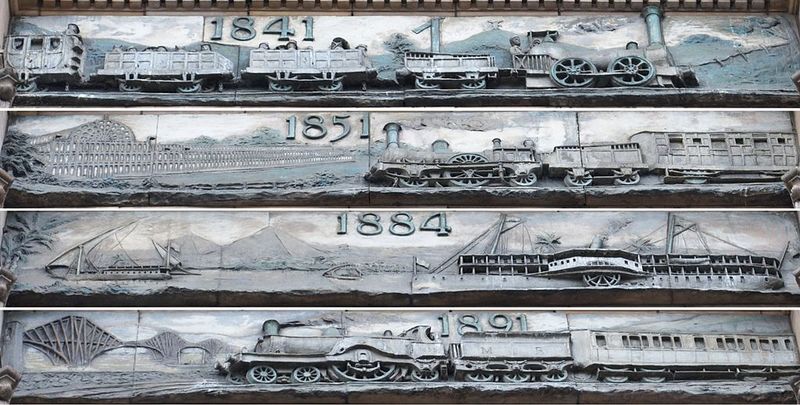 Composite image of the four friezes on the front of the Thomas Cook Building in Leicester, England. The panels depict excursions offered by the travel company; the building is Grade II listed. 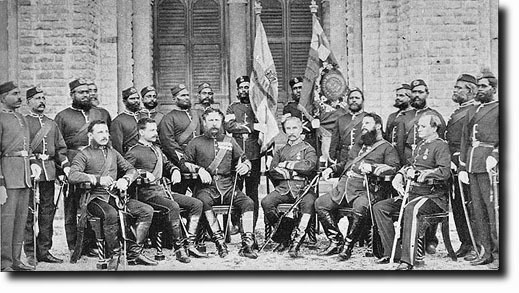 A photo of British and Indian Officers of the 21st Bombay Infantry, 1880. Many of the Bombay regiments wore a cap like this before the turban was adopted. The front row of British officers are all hatless for an unknown reason.

On the surface, this map appears to be a relatively simple map created by and for foreigners who are unfamiliar with but interested in discovering the overall structure and key highlights of the city of Bombay. However, given the historical context hinted at by the reference to Cook and his company in the map, we now understand the significance of both the components of the map itself as well as the time period and context it belongs to. While this map may have served as a tool to aid the convenience and entertainment of wealthy British individuals visiting a colony of the expansive and flourishing British Empire, the historical context helps us to understand that Bombay during this time was much more than a packaged city reducible to some dexterous sketches of a pen. Behind this image of a heavily Westernized city formed by the vision and ‘plan’ of a single foreigner, lay a colony that had been exploited and oppressed for centuries, but finally ready to embrace the boiling fervor of an emergent, long-awaited and hard-fought independence that cannot be masked by the misleading fancies of tourism.