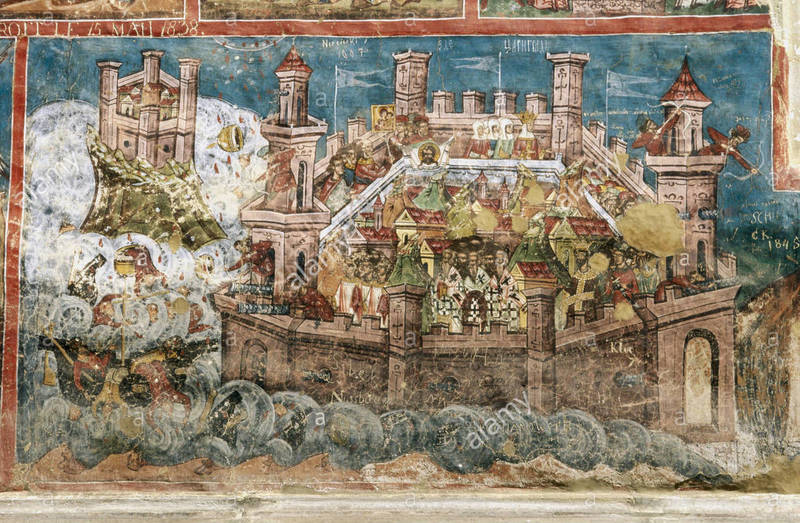 A depiction of the siege of 626 in Constantinople. 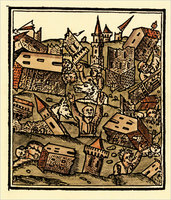 A woodcut showing the aftermath of the 1509 earthquake of Constantinople.

The Siege of Constantinople in 626 was a monumental event that forever changed the city’s history by wreaking havoc and destruction throughout, including to the Valens Aqueduct.  The unsuccessful siege was conducted by Sassanid Persians and the Avars, who are key players in the story of the Aqueduct. The siege caused damage on a grand scale: it lasted around two months, and involved hundreds of thousands of casualties for both the Byzantines and the invaders.

Right as the siege began and the Persians and the Avars began to take control of the city in an attempt to take over, the Avars stationed themselves on European side of Constantinople and actually destroyed the Aqueduct of Valens. The Siege of 626, then, might be said to be the first major tragic blow to the Aqueduct’s history. Yet, despite this destruction for our precious Aqueduct, the Siege ended on a bright note for Byzantines as it was unsuccessful for the Avars.

What followed as a result of the Siege was a defunct period for the Aqueduct for over a century. It was not rebuilt again until 758, when Emperor Constantine V called for its reconstruction due to a terrible drought that had occurred in 758.

As such, it becomes yet more evident that this is a lieux de memoir as Nora defines it, representing a slow transition from a “functional” to a “symbolic” lieu de memoire. It’s a site that punctuates many key moments of the city’s long history, from sieges to droughts, and goes to reflect the perseverance and resilience of the city, thereby effectively showing its symbolism. Yet at the same time, it stood as a “functional” site that, after a drought, served as a literal lifeline by supplying water to the city that it served.