Protector of the City: Theotokos Hodegetria 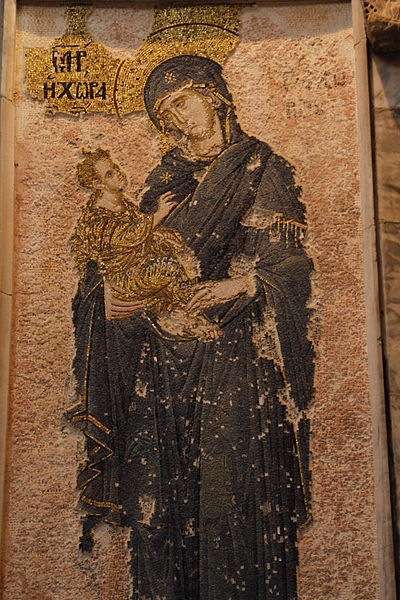 A fresco of the Theotokos Hodegetria in Chora Church. This icon was considered protector of the city and brought during the Ottoman invasion in 1453.

Although the Western Roman Empire had collapsed halfway through the first millennium, Constantinople remained a hold-out of the culture and civilization of Rome, with an Eastern twist, for another thousand years. Despite many attempts at invasion, the Byzantine civilization that was centered in Constantinople more or less maintained control of the peninsula and Bosporus throughout this time. All of this changed in 1453 when Sultan Mehmed II the Conqueror conquered Constantinople and finally beat the famous Theodosian walls which had withstood invaders for so long before.

During the Ottoman invasion, the leaders of the city brought a Theotokos Hodegetria to Chora in order to spiritually assist the defenders against the Ottoman assault (1). “Theotokos” is the title of Mary, and literally means “God-bearer” in Greek, and a Hodegetria is an iconographic depiction of Mary holding a young Jesus and pointing to him as the source of salvation. This icon was brought to Chora Church as it was considered the protector of the city. 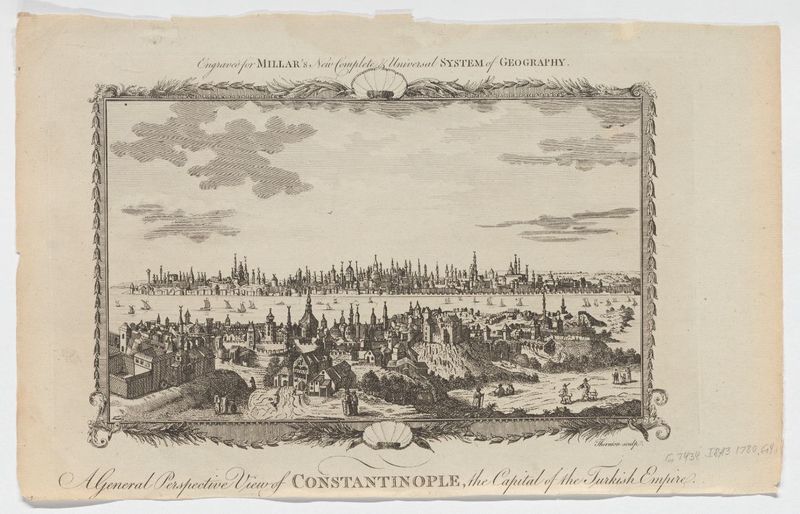 A perspective view of Istanbul shows the many mosques of the Ottomans. During Ottoman rule, all Byzantine monasteries, except Chora, were destroyed.

Chora Church, a holy place imbued with a sacred history, was chosen as the spiritual home of the protector of the city during the darkest moment in Byzantine history. This action alone is very telling of the importance of Chora Church to Constantinople, as in the throes of siege, the sacred icon was brought to Chora Church in an attempt to stop time and block the process of forgetting the rich Byzantine history.

This lieu de mémoire maintained the rich history and memory of the Byzantine rule of Constantinople and this work was appreciated by the Ottoman Turks as they invaded the city. During the invasion, Chora Church suffered no damage (2). In fact, during the Turkish rule of Istanbul, all monasteries were destroyed, except Chora (2). The importance of this location clearly did not escape the Ottomans, and this lieu de mémoire changed function as a result of the ruling power but did not fade into oblivion.