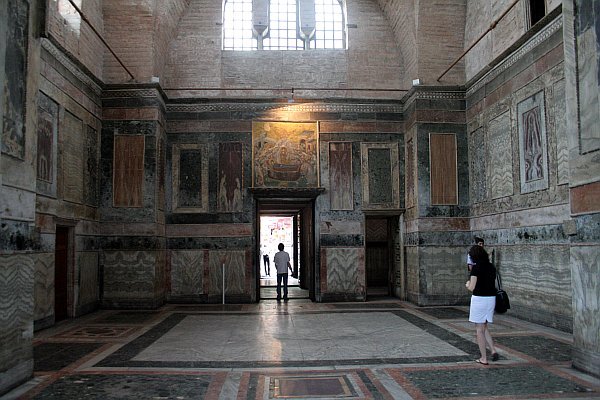 Inside of Chora Church. The art within was commissioned by Metochites in the early 14th century.

After the sack of Constantinople by the crusaders and the half century rule of the Latins, the Chora Church was ransacked and in a state of ruin from violence and earthquakes. The historic and sacred church of the emperors was in disrepair and needed serious attention. In 1315, Emperor Andronikos II entrusted a wealthy Orthodox Byzantine aristocrat, Metochites, to restore Chora Church and made him the ktetor, or founder (1).

Metochites poured his heart, soul, and wallet into the restoration of Chora Church; he commissioned beautiful frescoes, mosaics, and murals to be placed on the walls and ceilings of the church. After being covered up by the Muslim Ottomans, these beautiful works of art have recently resurfaced and are on display in Chora’s capacity as a museum. Metochites also created a huge library within the church, which although time has since lost the contents, contemporary letters boasted of its excellence (2). 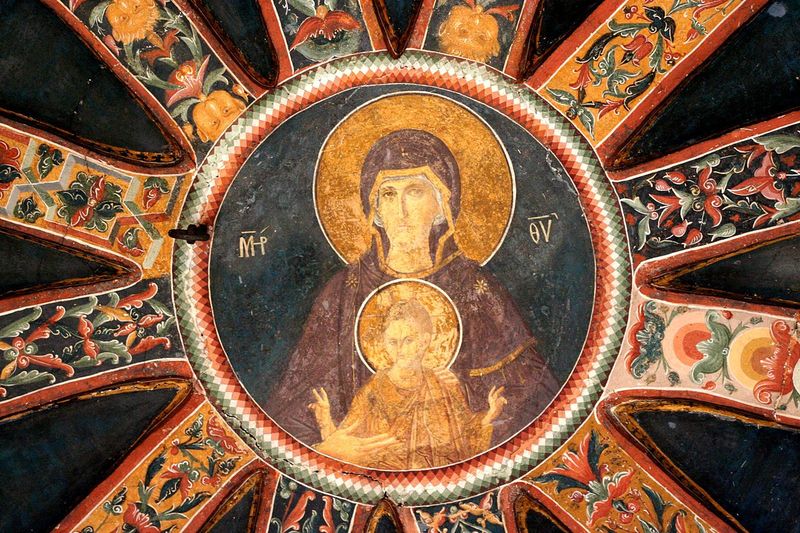 A close-up view of the Virgin Mary in a fresco from Chora Church. 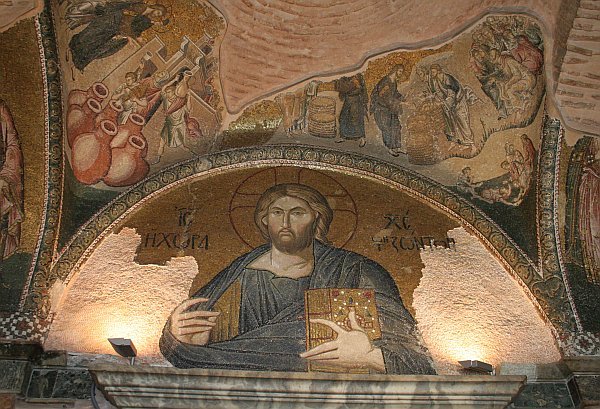 A mural of Jesus in Chora Church entitled "The Land of the Living."

Metochites viewed this task as undertaking the work of God, intending to be remembered well after he died by both the citizens of Constantinople and by Jesus on Judgment Day (2). In a way, the Chora Church rebuilding was a holy sacrifice. Metochites formally created commemorative art to Jesus and Mary in an effort to immortalize death. Not only was he honoring Jesus and Mary who had died for all Christians, but Metochites was also attempting to immortalize his own legacy, and hopefully his soul after death. This sounds awfully similar to Nora’s lieu de mémoire definition, as Metochites hoped to stop time and block death. Chora Church at this point had held significance for its history as a sacred place, but Metochites transformed the church into a museum of beautiful art and a place of learning via the creation of his library.

To this day, the lieu de mémoire of the Chora Church contains these beautiful works of art of Metochites and his memory is honored for rebuilding Chora after the sack of the Latins. After a coup and forced exile, Metochites eventually returned to his beloved church, became a monk, and was interred on site.

(1) Karahan, Anne. 2008. The Paleologan Iconography of the Chora Church and its relation to Greek antiquity. Journal of Art History. pp. 89-95.
(2) Chora Museum. History.