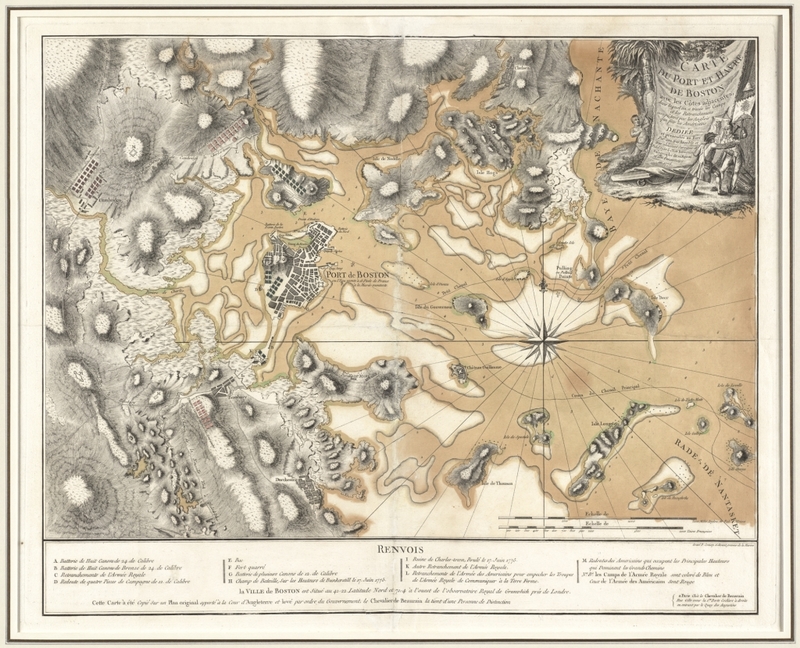 Nestled at the topographic apex of South Boston, Dorchester Heights stands guard over the city and harbor in an understated manner. The hilltop is quiet and displaced from downtown Boston. The journey to Dorchester Heights snakes uphill through the crowded and twisting streets of Southie until a concrete change in architecture and atmosphere warn the traveler that they have left the stereotypical Southie as it is portrayed in films. Run-down Dunkin Donuts and packies are replaced by brick sidewalks and well-decorated upper-class homes.

In fact, it is this concrete change, this stark contrast, which really stands out to the traveler when they happen upon Dorchester Heights. Whether they have sought to visit the Heights for its own merit or they have stumbled upon the site during a walk through South Boston, the traveler will have had to travel through less well-off and rougher neighborhoods to reach Dorchester Heights. If the traveler comes from the West and the Southeast Expressway, they most likely passed through the run-down Andrew Square. If the traveler approaches from the South, they passed the many housing projects that line the harbor. If their starting point was North, the traveler must have passed through the industrial wasteland in the no-man's land between Southie and the Seaport District. 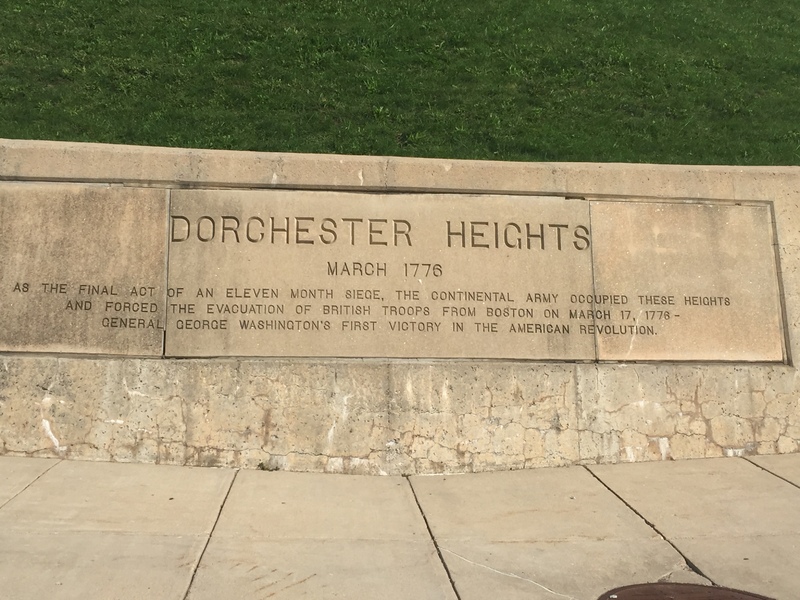 As you enter Thomas Park you are greeted by this sign which informs the traveler of the historical significance of Dorchester Heights.

The reality that in order to visit the well-off Dorchester Heights you must pass through economically depressed and run-down areas stands in stark contrast to Friedrich Engels' discussion of Manchester in "Great Towns." He writes of Manchester:

"[T]he town itself is peculiarly built, so that a person may live in it for years, and go in and out daily without coming into contact with a working-people's quarter or even with workers, that is, so long as he confines himself to his business or to pleasure walks." (1)

Dorchester Heights stands at the top of South Boston but is very much so a part of the neighborhood. It stands within the sea of Southie culture and life, which is evident every time you descend the hill. The demarcation between Dorchester Heights and Southie as a whole is more of a porous membrane than a boundary, which allows people and culture to transfer between the two economically diverse settings. It is this fluidity and rejection of the city design that Engels' discusses and that we often see in practice that allows Dorchester Heights to have been such a fascinating part of Boston's history. In fact, Dorchester Heights acts as a pallimpsest of this history because of its varied use since the city's founding, which has allowed many significant chapters of Boston's story to be recorded.

While relatively small in land area and certainly not one of Boston's most visited historical tourist attractions, the neighborhood of the Heights is rich in cultural and historical significance for the city of Boston and the nation as a whole because of its diversity of opinions.