Introduction: the Typical and the Atypical Dacha 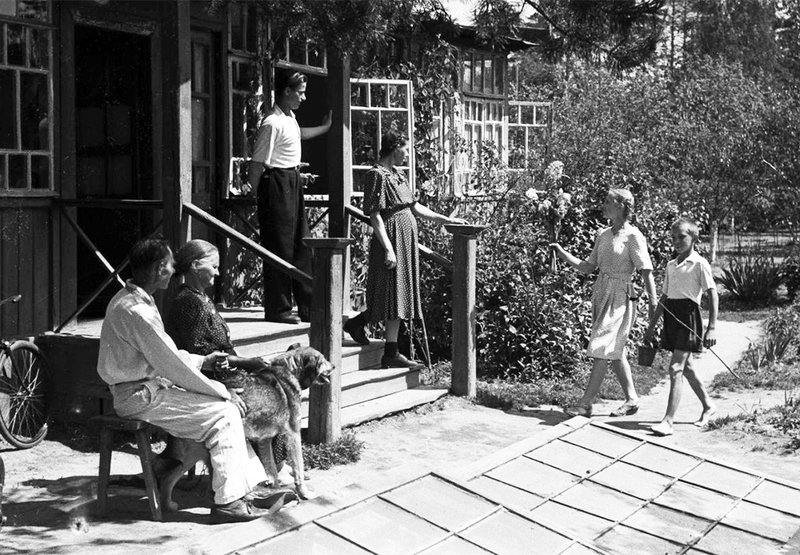 Typical family relaxing outside their dacha 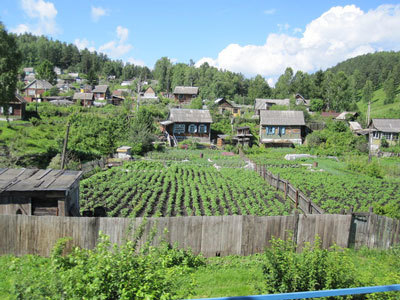 Throughout history, Moscow has been characterized as an extremely complicated city. It is known as a metropolis filled with trauma and challenges but also extreme authority and significance. It is also one of the densest cities in the world, and because of these characteristics, perhaps generates a certain desire to escape. A means of getting away for the residents of Moscow since the 18th century has been the “dacha,” a secondary dwelling often on the outskirts or suburbs of a large city like Moscow used intermittently, especially on the weekends or summers. (1) Muscovites primarily used their dachas as a “temporary refuge and a recreational amenity.” (1) It is a place of comfort where urban residents can escape to experience the beauty of nature, especially gardening, sports, and relaxation as seen in the figures to the left. Melissa Caldwell in her book Dacha Idylls beautifully captures the meaning of the dacha to the Russians. She writes that for both esteemed Russians and the common resident, “As soon as dacha season approaches, people start longing for it. The only thing that interests them is the dacha. No longer do other people’s problems interest them.” (2) 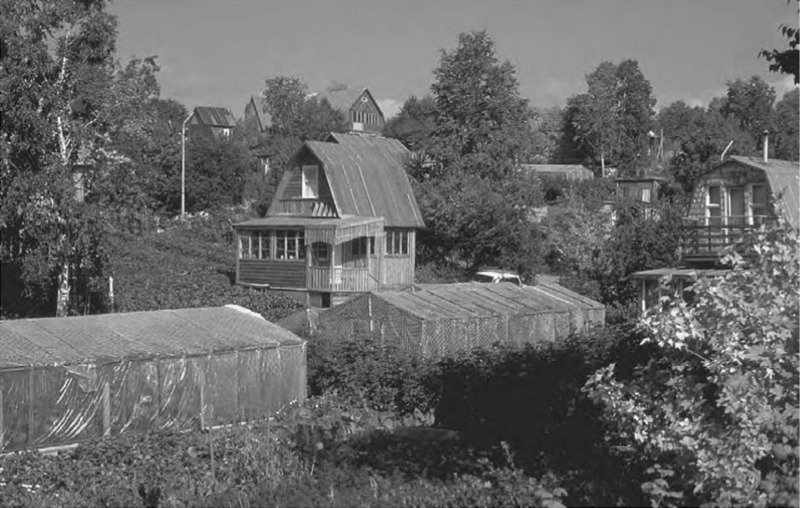 Typical dacha in the 20th century

Typical dacha in the 20th century 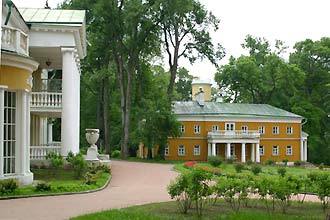 Lenin's dacha: an example of the "atypical" and famed dacha

In today’s society, while dachas are still extremely prominent among the Muscovites, certain dachas are more conspicuous than others, especially those of famous Russians in history. A closer look into these “famous” dachas reveals not only aesthetic differences between these residencies and those of the “typical” Muscovite, but over time, we can also observe a deviation in these more prominent dachas away from the commonplace culture and people of the Russian dachas. While the purpose of the dacha to act as a refuge for residents remained, at the times of residence, aesthetic differences between famed and commonplace dachas especially highlight the contrasts between the common Muscovite and elites in society. These elites in society especially included officials of power, as Moscow was the center of Russian authority for much of the country’s history. In contemporary society, the current uses and ongoing transitions and transformations of many of the famous dachas also highlight the difference in societal class as well as a progression in Russian society toward modernism, tourism, and industrialization.