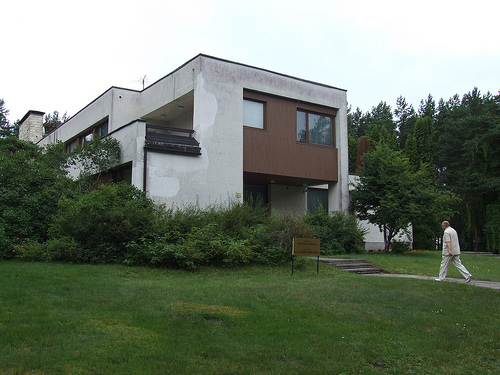 Lavish exterior of the Brezhnev dacha 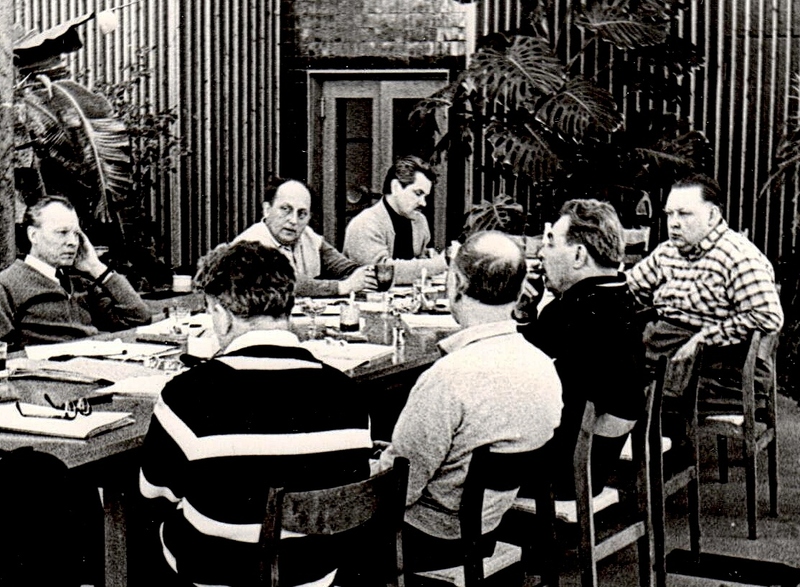 Like Stalin and many Russian and Soviet leaders in Russia’s history, Leonid Brezhnev, the Chairman of the Presidium of the Supreme Soviet from 1964 to 1982, had his very own lavish dacha that he utilized as an escape from his hectic political life in Moscow. As seen from the photo, the Brezhnev dacha was extremely grand and lavish as compared to the typical dacha, and his wife, Victoria Brezhnev actually spent the most time at this dacha. Her obituary published in The Independent called the dacha, a three-story building at Zarechye, 10 minutes from the Kremlin, her “kingdom.” (1) Like Stalin and his dacha, the Brezhnevs not only utilized their dacha for recreational purposes, but also for professional and political purposes, as seen in the second image of Brezhnev and his guests in his dacha. Brezhnev often entertained foreign visitors and guests in his dacha including past president of the United States Richard Nixon. (2) These differences in aesthetic and purpose of the Brezhnev dacha and the “typical” Muscovite dacha highlight the elevated prominence of political officials in Russian culture.

Even beyond Brezhnev’s power and prominence in the 1900s, the Brezhnev dacha today also highlights the power of political officials but in a very different way. In 1988, following the death of Leonid Brezhnev, his wife Victoria was evicted from her beloved dacha, as the Brezhnev dacha was state-owned. Her servants were removed and she was forced out of her “kingdom.” (3) This highlights the prominence of political officials who are in power, even over former politicians and famed Muscovites. These circumstances also signify the ongoing deviation of these lavish and famed dachas away from the typical dacha in Russian society and culture, for it would be rare for a family to be evicted from their dacha due to a fall in power.