Joseph Stalin's Dacha: The Riches of Power Beyond Authority 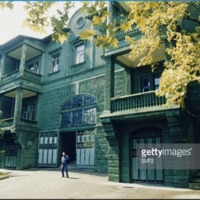 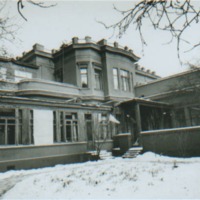 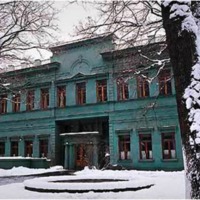 In the 1900s, dachas had already risen to extremely high levels of popularity and prominence across all social classes in Russian society, and esteemed political leaders were no exception. Joseph Stalin, the leader of the Soviet Union from the 1920s to the 1950s had many dachas throughout Russia including the suburbs of Moscow and Sochi. (1) His most frequented one, however was situated right outside the political capital of the country in the former town of Kuntsevo, which is now a district of outer Moscow. The dacha, known as the Kuntsevo Dacha, was to Stalin just like to any other resident of a dacha in Russia, a source of refuge. According to Medvedev in his book The Unknown Stalin, the Kuntsevo Dacha was a place Stalin would retreat to on the weekends and the summertime. It was a refuge where Stalin “did not like his bodyguards to be too close.” (2) However, what made Stalin’s dacha quite different from the typical and commonplace dacha was not only its aesthetics and complexities, for each of the multitude of rooms in the dacha was connected by an internal telephone system for ease and comfort of living. (2) There was oftentimes also extended purposes of Stalin’s dacha that made it atypical. Stalin would use his dacha for work-related tasks such as inviting foreign officials over and meetings with staff. Hundreds of bodyguards also lined the exterior and interior of the dacha to ensure the leader’s safety. (2) These unique aspects largely separate the esteemed and famed dacha from the residencies of the typical Muscovite family.

Furthermore, the existence of the Kuntsevo Dacha during the Soviet era was a bit of a contradiction in Russian history and something that highlights even more the deviations between the common Muscovite and esteemed and powerful officials in society. Largely prominent during the Soviet era was the idea that the state should own most of the country’s property rather than the individuals. Because of this, most of the dachas during this time were state-governed and distributed to create a more “collective” society as opposed to a privatized one. (3) However, of course Stalin privately owned his dacha in Kuntsevo and many other dachas across the country. It is interesting, therefore to question the value of political fame and prominence beyond simple authority of a country, for there seem to be additional implications of wealth and luxury existent in the upper and famed class as compared to the commonplace residents of Moscow.