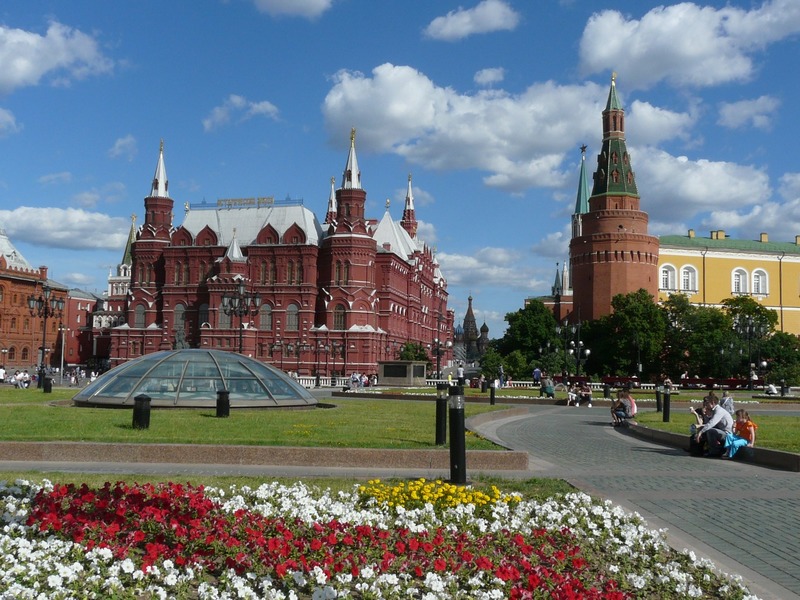 A ground-level shot of Manezhnaya Square 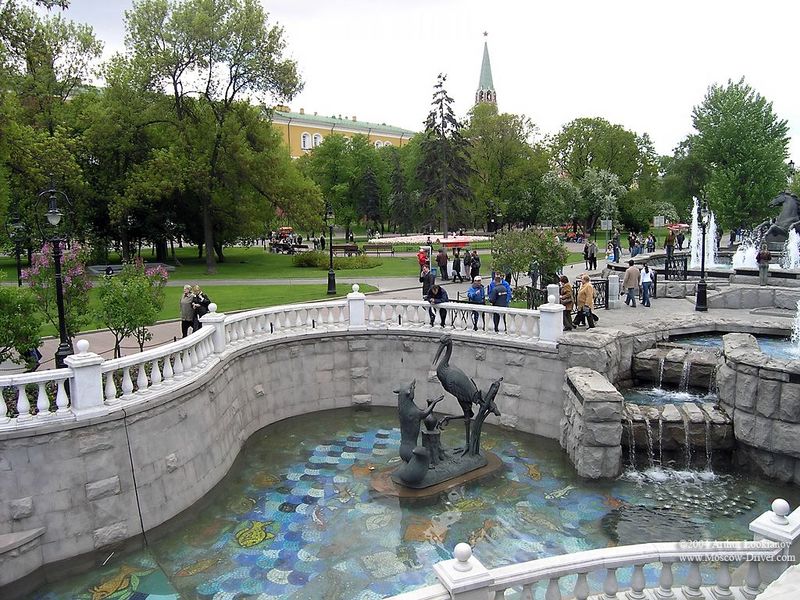 One of Tsereteli's fairytale sculptures in the Manezhnaya Square rivulet 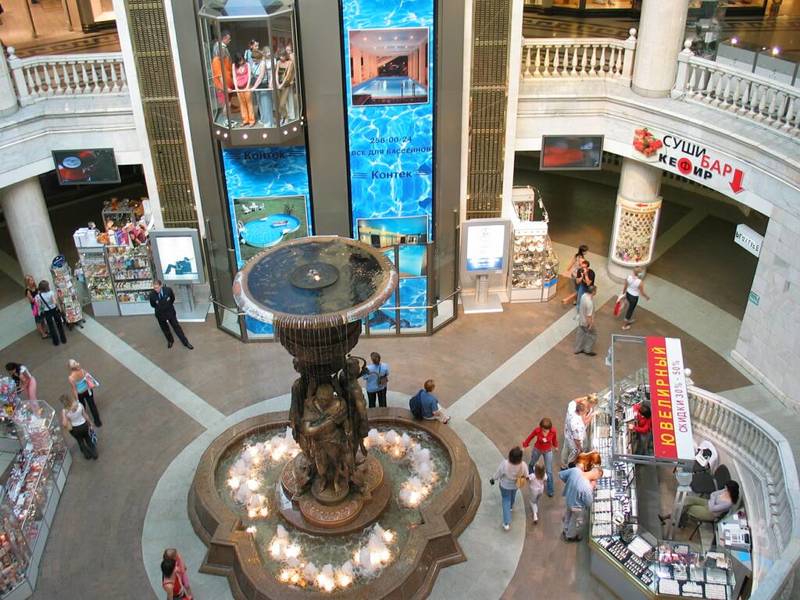 A shot of the underground mall below Manezhnaya Square

Manezhnaya Square is an open, public space for pedestrians. Located in the Tverskoy District, the square is in the heart of Moscow. Manezhnaya Square was originally formed in 1798 in response to the destruction of the Moiseyevsky Monastery. While in office, Luzhkov renovated the space to include a four-story underground shopping mall and parking lot. Even though numerous architects worked on the design, the concept of the renovation belongs to Tsereteli(1). The renovation included an addition of a rivulet that imitates that Neglinnaya River. In the rivulet, Tsereteli created fountains and statues of Ivan Krylov’s fairytale characters.

The renovation of Manezhnaya Square into a Western-style mall marks Russia’s shift from away from socialism. Tsereteli’s fairytale statues may seem frivolous in the context of the Manezhnaya Square renovation; however, by honoring Krylov, Russia’s most famous fabulist, Tsereteli strengthens the site’s connection to its Russian roots. Tsereteli bends the idea of “Russianness” by exhibiting traditional Russian characters in Manezhnaya Square while designing a site of consumerism below it. This physically displays historical layers of Moscow, while maintaining its traditional aesthetic. The square’s close proximity to the Kremlin, the State Historical Museum, and other classic Russian sites is ironic as its exterior covers an incredibly modern installation. Since the square is so geographically central in Moscow, repurposing it implies the transformation of the city as a whole. This balance between tradition and modernization indicates Moscow’s intentions to grow as a city while honoring its culture and its past.