Statue of Peter the Great: Moving on From the Soviet Era 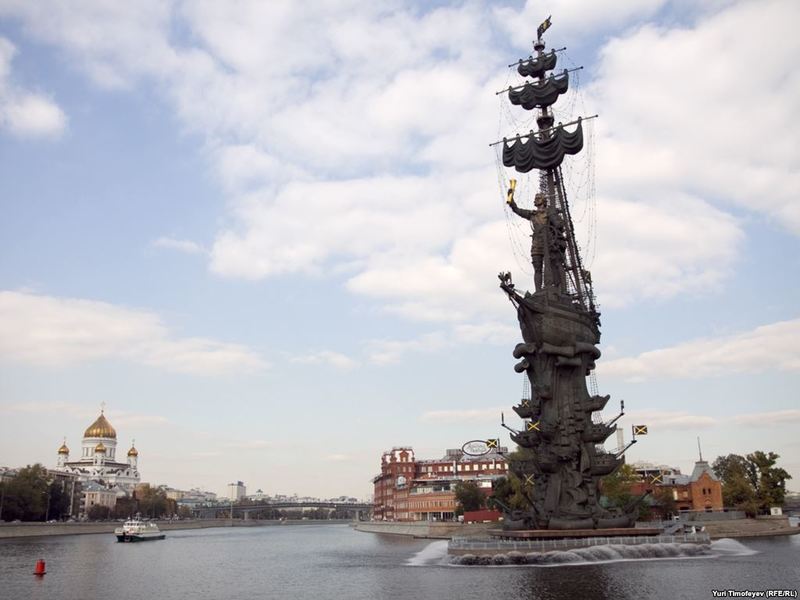 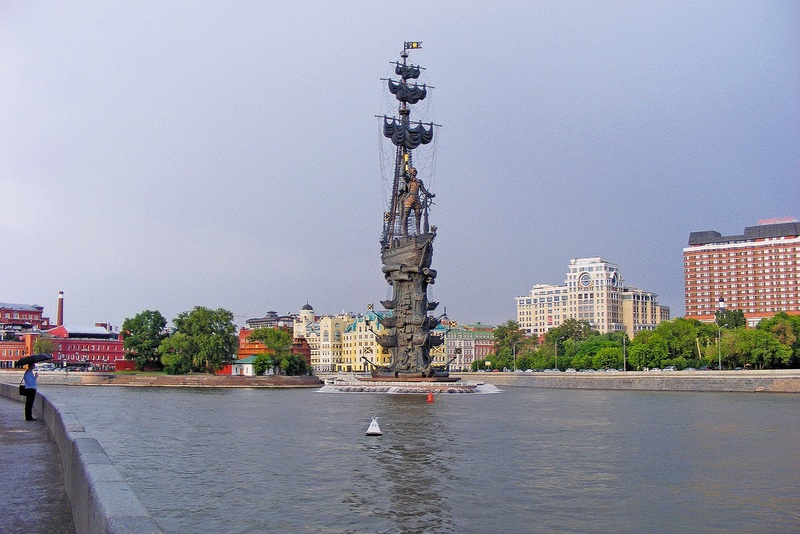 Tsereteli’s most famous, yet most notorious work is his 94-meter tall statue of Peter the Great that was installed on the banks of the Moskva River in 1997. The statue celebrates the 300th Anniversary of the Russian Navy, which Peter had founded. Made of 600 tons of stainless steel, bronze, and copper, the statue includes an enlarged Peter standing atop a reduced Russian vessel. The statue cost $25 million, resulting in heavy criticism from people who argued that the government should be spending money on its people rather than on projects like Tsereteli’s. Frequent protests against the statue have lead to consideration to remove it, but dismantling it isn’t financially feasible.

This is Tsereteli’s most controversial work for many reasons. Not only was it criticized from an economic standpoint, but also from a political one. Although Peter the Great is an important part of Russian history, he was known as a cruel leader. Thus, displaying an enormous version of a controversial leader is inevitably questionable. The statue was also installed at the time of the removal of Soviet-era monuments, including busts of Vladimir Lenin and Karl Marx, and the relocation of the statue of Felix Dzerzhinsky, who created the KGB (main security agency for the Soviet Union). As the statue looks over the relocated monuments, known as the “sculpture graveyard”(1), the replacement of Soviet figures was seen as an attempt to erase Russian history. The sheer physical presence of the massive statue minimizes its historical surroundings. The statue is further criticized for being too political and for not fitting the style of Moscow. The dark and inproportional features of the statue create a harsh figure, contrasting with traditional Russian architecture. Tsereteli, while portraying a figure of Russia’s past, pushes boundaries through art. This statue of Peter the Great has been criticized for lacking Russianness, yet it still remains. Its presence is representative of the evolution of Moscow as a city as it moves on from the Soviet era.

(1) Ben Davis, Special to The Christian,Science Monitor. "'New' Russia Argues Over Who Stands for its Past 30-Story Statue of Peter the Great Stirs a Debate. Soviet-Era Busts Removed, Despite Nostalgia for Era." The Christian Science Monitor: 5. May 14 1997. ProQuest. Web. 22 Oct. 2016 .