Reconstruction of the Cathedral of Christ the Savior: A Return to Russian Roots 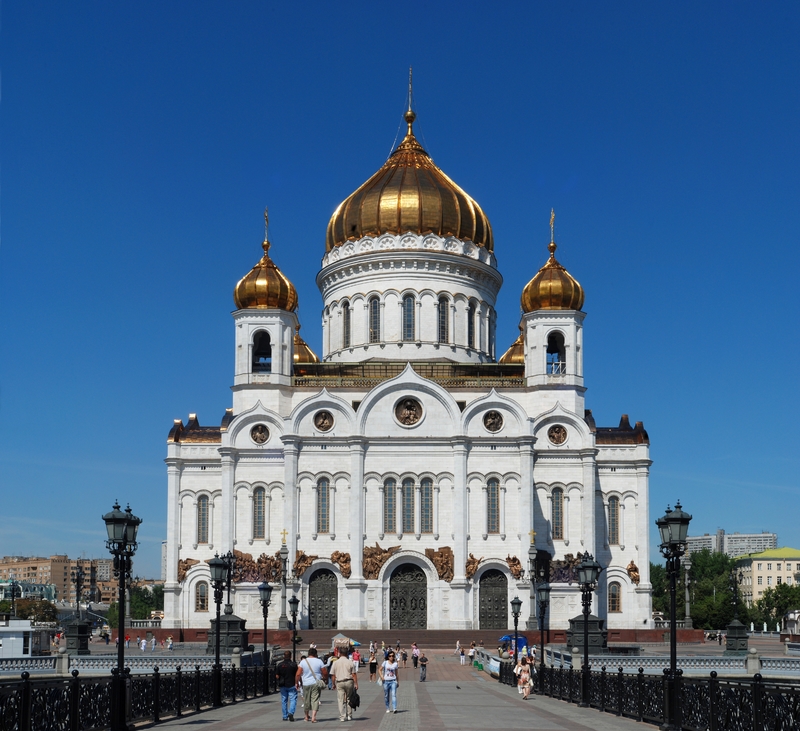 Reconstructed Cathedral of Christ the Savior 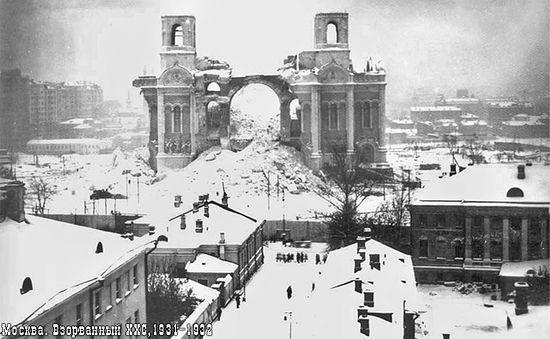 Demolition of the cathedral under Stalin

One of the most iconic sites in Moscow is the Cathedral of Christ the Savior, located on the northern bank of the Moskva River. The cathedral was consecrated in 1883 and took almost 50 years to construct. The current cathedral is actually the second that’s stood there. Under Stalin in the 1930s, the original cathedral was dynamited and reduced to rubble in order to make was for the proposed Palace of Soviets. The palace wasn’t ever constructed due to the lack of funds, so under Khrushchev, the space was used to create an enormous outdoor swimming pool. In the 1990s, the government agree with the Russian Orthodox Church to reconstruct the cathedral. Alexei Denisov was originally in charge of reconstruction; Denisov intended to recreate with extreme accuracy, but was dismissed in 1998 due to tensions with the Mayor’s office(1). 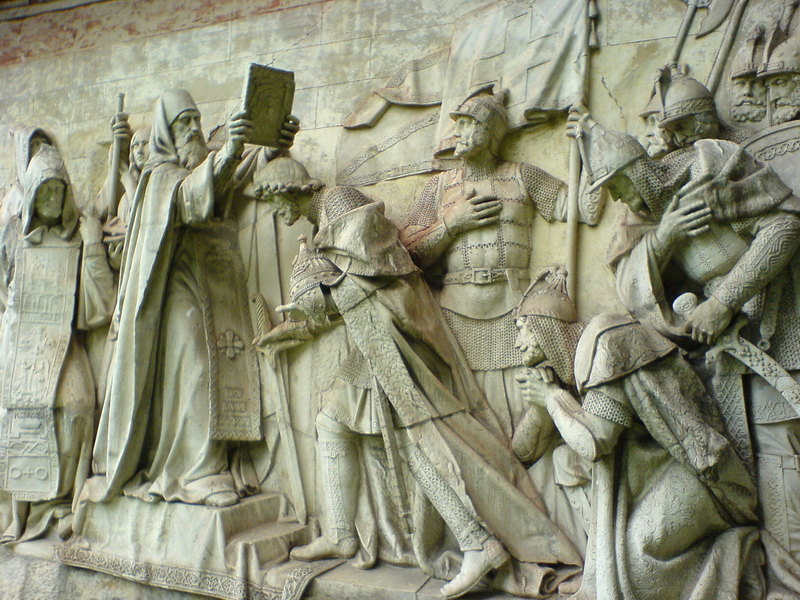 Original marble reliefs found on the interior walls of the cathedral 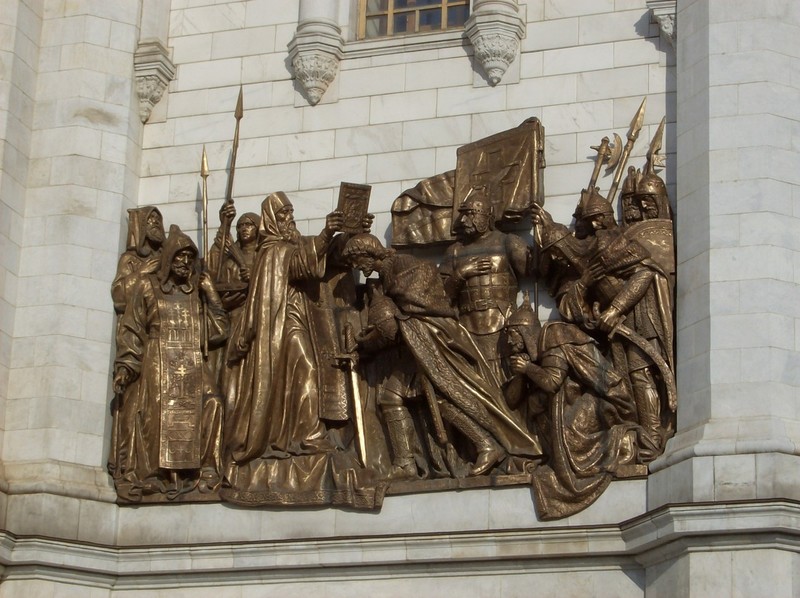 Bronze reliefs that replaced the original marble ones

After Denisov’s dismissal, Tsereteli and his Russian Academy of the Arts took over. Tsereteli was more relaxed about accuracy in recreation of the cathedral, making some controversial decisions in the process. The most significant was changing the material use in recreating the marble reliefs on the interior walls. The original pieces were made of light marble, but Tsereteli decided to replicate them using bronze. This change in material had a large effect on the aesthetic of the cathedral itself. The dark, bronze reliefs contrasted with the light, original marble ones; thus the modern element was criticized for not aligning with the style of Russian church architecture. The use of bronze is symbolic of other modern aspects of the cathedral, such as the additions of a 150-car garage, a 1,500-seat theater, and elevators(2). These modern extensions on a historic icon reflects Moscow’s transition from its Soviet era to a new Russia. The reconstruction of the cathedral itself demonstrates Russia’s attempt to abandon its atheist past. While simultaneously displaying modernization in Russia, the cathedral demonstrates a return to Russian roots. The palimpsestic nature of this site demonstrates the complex evolution of Russia.

(2) Haskins, Ekaterina V. "Russia's Postcommunist Past: The Cathedral of Christ the Savior and the Reimagining of National Identity." History and Memory 21.1 (2009): 25-62. Web.