Who is Zurab Tsereteli? 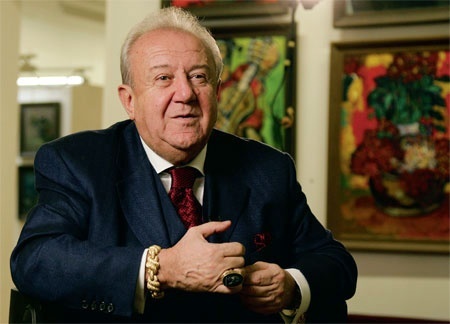 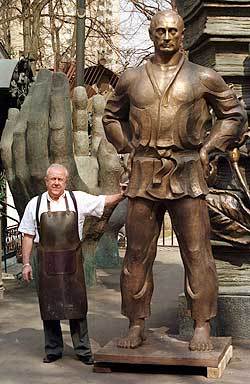 Zurab Tsereteli is a Georgian sculptor, painter, and architect known for his often controversial, monumental art. Tsereteli grew up in Tbilisi, Georgia and attended Tbilisi State Academy of Arts, and moved to Moscow after. Tsereteli has work displayed all over the world, but is perhaps best known for his empire of art displayed in Moscow. He’s said to have had a monopoly on art commissions in the city during the 1990s, which is perhaps a result of his close relationship with Moscow Mayor Yuri Luzhkov. Tsereteli is one of the most politically connected artists, holding many positions including President of the Russian Academy of Arts, Founder of the Moscow International Foundation for Support to UNESCO, and member of the Public Chamber of Russia(1).

Though it’s widespread throughout Moscow, Tsereteli’s work is controversial for being dramatic and untraditional. Many believe his work defiles the style of Moscow and have made attempts to remove it. Tsereteli’s work can be found all over Moscow in different forms, ranging from his contributions to the reconstruction of the Cathedral of Christ the Savior to his 94-meter statue of Peter the Great. As the heart of Russia, Moscow has evolved greatly over time, especially as the Soviet Union rose and fell in the 20th century. Although Tsereteli’s work has been is criticized for its unconventional and eccentric style, it’s often reflective of the development of Moscow as a city, suggesting that the identity of the city is changing itself.