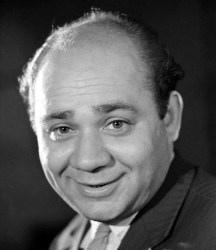 One of Tsereteli’s lesser known works is his Yevgeny Leonov Monument, a life-size statue installed in 2001 to honor the famous Soviet actor. Leonov is depicted as a character he plays in the film, Gentlemen of Fortune, where he portrays a docent holding up a gang sign and covered in tattoos. The statue is placed on Mosfilmovskaya Street opposite from Moscow’s Mosfilm film studio(1). Though the statue isn’t as controversial as some of Tsereteli’s other work, it was stolen and dismantled in the fall of 2015(2). A new replica of the original statue has since replaced it. 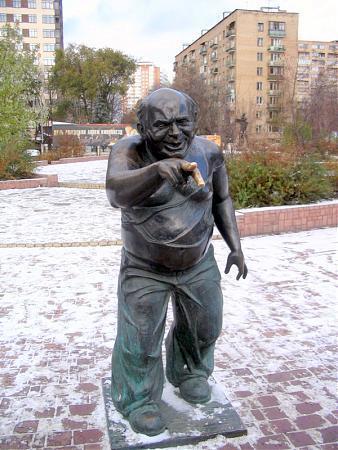 The Leonov Monument isn’t as massive or well-known as some of Tsereteli’s other work, yet it still has a distinct impact on the aesthetics of Moscow. Though the monument commemorates someone of the past, the statue of Leonov is modern itself. Depicting a character holding up a gang sign, with a body covered in tattoos contrasts with the traditional, clean features of traditional Russian aesthetics. Unlike traditional monuments, the Leonov statue is set on the ground, at the same level as pedestrians. Instead of setting the monument on a traditional pedestal, Tsereteli chose to keep it on ground level. Rather than showing Leonov in a position of power, Tsereteli portrays him as an iconic character. The casual quality of the monument highlights the natural integration of pop culture in Moscow. The Leonov monument is another work of Tsereteli that indicates Moscow’s simultaneous embrace of its past and route toward modernization.